This is an acrylic painting I created for the South Jordan Art contest.  It was a great learning experience in using exaggerating in a non traditional way.  My inspiration was from artist Gabe Leonard who has a great style using exaggeration not just with facial features but with all physical features.  I hope to create more traditional paintings  while using this exaggerated style.

I’m based in Salt Lake City, so, don’t hesitate to contact me for your own custom caricature.

The Cinematic Artist. Gabe Leonard’s paintings take you into a world rich with inimitable atmosphere and narrative intrigue. What tales lie behind these interesting characters? And where will their stories take them?

Leonard spent his early years in the mountain state of Wyoming, sketching wildlife and selling them to his school friends for a dollar. After graduating from Columbus College, Ohio with a BA in Fine Art, he moved to Los Angeles where he first honed his skills on the ultra-competitive boardwalk of Venice Beach.

The trademark runs and drips in his work are a deliberate break from acedemic restrictions and allow him to be more expressive, free and loose. Leonard’s style is deepy rooted in the European artistic tradition, drawing particularly on the work of his heroes such as Rembrandt, Alphonse Mucha, Gustav Klimt and Egon Schiele.

Following a string of sell-out shows and acquisitions of his work by high profile collectors including Quentin Tarantino, Ruben Fleischer and Charlie Sheen, Leonard has become one of the most sought-after artists in the world, collected in the United States, Europe, Asia, and Australia. 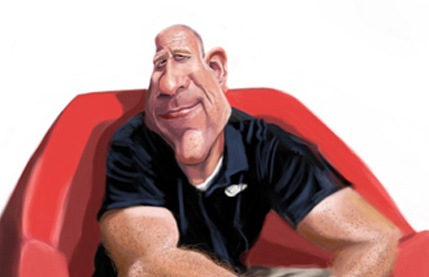