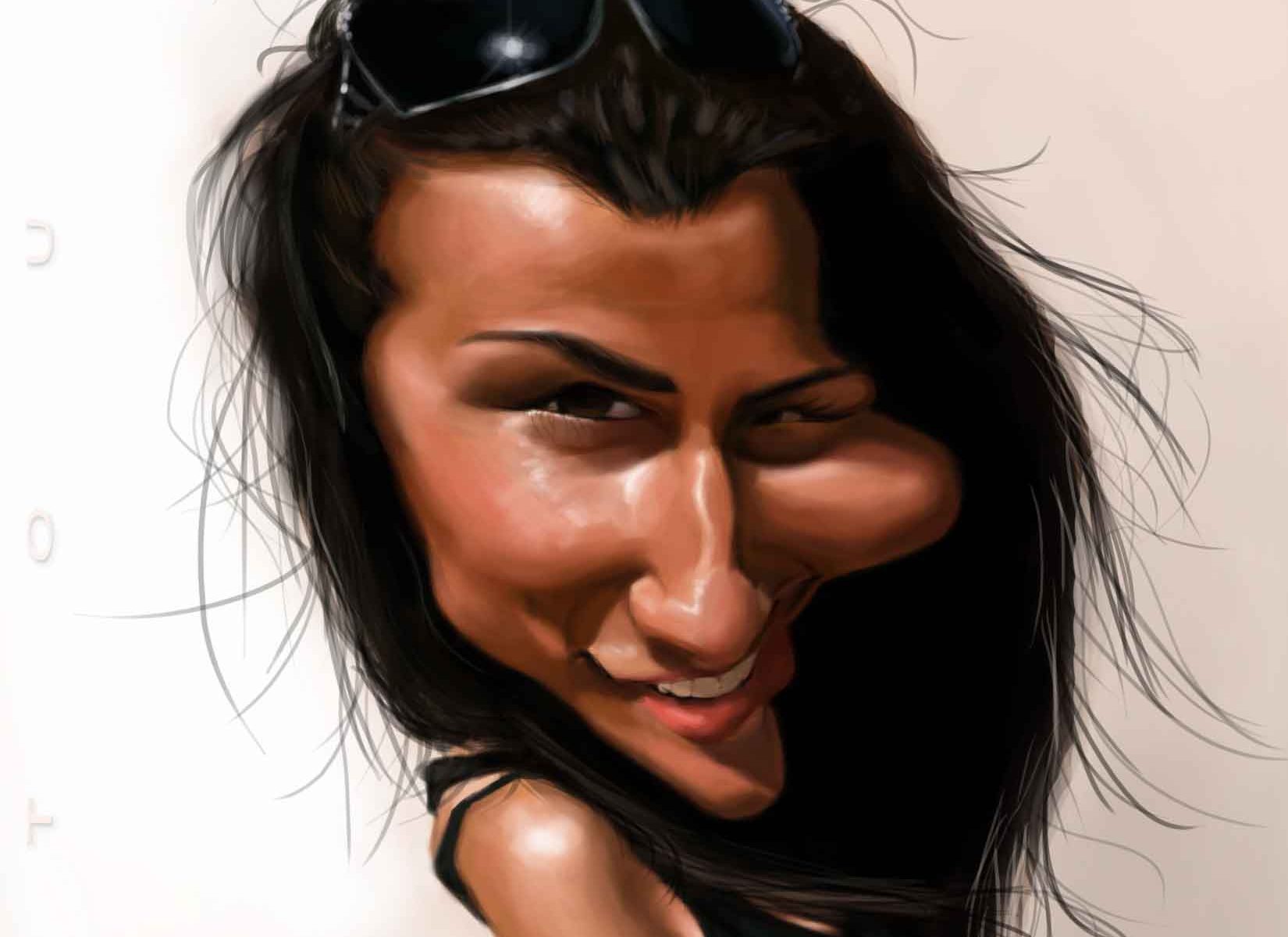 Be sure to request your own personalized caricature.  Doug can create almost any action, scene, event, etc. to give your caricature a personal touch.  Caricatures are a great, unique gift idea and can be created some just a few photos. Caricatures can used as your avatar,  on Christmas cards, logos,  invitations, banners, and much more.  Inquire today about your own personalized caricature.

Jota Leal is one of my favorite caricature artists.  Here’s his Bio:

Jota Leal – Jota Leal was born in a humble little town in eastern Venezuela, thirty-six years ago. He began drawing and painting at a very young age, and never studied fine art. He attempted to sit in class as a child of six, but ran away after being forced to paint plastic fruit and empty bottles. Even at that age, Jota (pron: Hota) knew what he wanted to do. He wanted to paint people. He wanted to paint their faces. Leal was the second of three brothers, each possessing their own unique talent. Their parents worked in the oil fields. One of Jota’s first memories is of drawing some lines for his amazed parents, as a baby. His subsequent birthday and Christmas gifts were all limited to pencils, crayons, and drawing materials. Having been surrounded by engineers and those with ‘real’ jobs, Leal went on to study electrical engineering and graduated with honors. No one in his family knows how he accomplished this, as he was so obsessed with drawing and painting. It didn’t take long for his circuits to become lines, numbers to become colors, and brushes replaced the sweep of physics theories.

Now Jota paints all the time. He blames his obsession on his parents. “They made me believe it was something I was good at. I have not stopped painting since.” In 2001 Jota traveled to Spain and lived there, immersing himself in the history and technique of art. He then returned to his hometown in Venezuela, where he received the Caricaturist of the Year Award for 2003. His art follows the grand tradition of the great portrait painters of the past, as well as the more recent caricature masters. Jota’s oevre is a part with the likes of Honore’ Daumier and Otto Dix. His sense of humor shows the delicate whimsy of a Max Beerbohn or Al Hirschfeld, but with a more fully rendered painting style.

Jota’s style results in a synergy of remarkable painting skill and a probing sense of the subject’s soul, and often tweaked with a remarkable sense of humor. Leal works with pencil on paper, acrylic on board, and acrylic on canvas to achieve his amazing images. He paints the inner soul of his subjects, and manifests this as their outer persona. He is an interpreter of the subconscious, translating with his pencils and brushes. His amazing portraits of Johnny Depp, Jimi Hendrix, John Malkovitch, Al Pacino as Scarface, Babe Ruth, and others are classics of their kind.